Is rhinoplasty surgery the right option for you? In the case of both cosmetic and functional rhinoplasty, the goal after surgery is proper breathing and facial harmony, with natural movements when speaking and smiling. The nose should also match the person’s gender, age, and personality 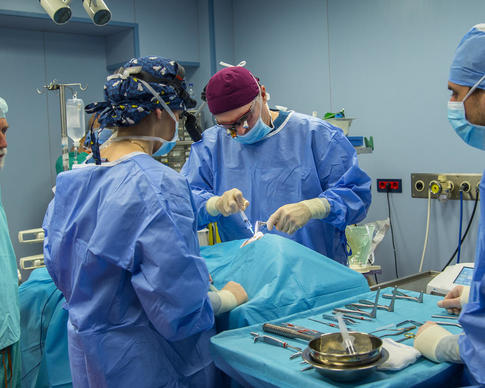 The first – functional – aspect of rhinoplasty includes all the work done on the inside of the nose to ensure better breathing and proper support of the nasal skeleton. At this stage, any grafts that will be needed later are taken.

In the second – aesthetic – aspect of a nose job we work on the outside of the nose, changing its size, shape, and proportions to create an attractive nose that fits harmoniously with the face and makes it more beautiful.

The main things you need to know about your operation are analyzed in this article. 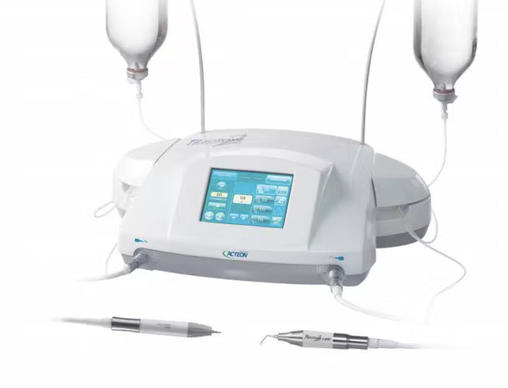 · The new ultrasonic rhinoplasty technique allows the surgeon to sculpt the bones of your nose without having to break them.

· The ultrasonic technique is much safer, offers a more predictable result, significantly reduces the likelihood of undesirable postoperative effects such as swelling and bruising, and speeds up recovery.

· In the case of both cosmetic and functional rhinoplasty, the goal after surgery is proper breathing and facial harmony, with natural movements when speaking and smiling. The nose should also match the person’s gender, age, and personality. 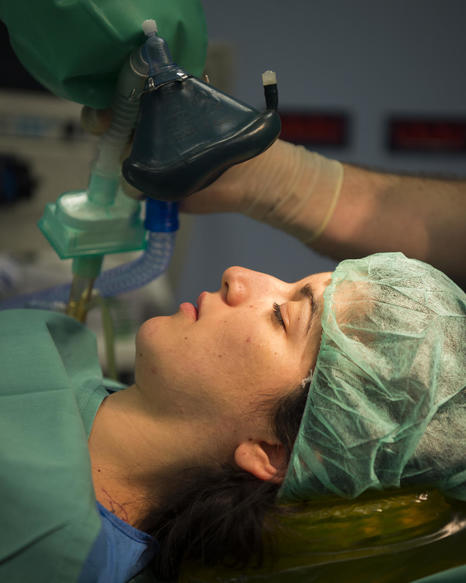 If a general anesthetic is contraindicated (i.e. its use is inadvisable for some reason), we can proceed with the administration of a sedative or just under local anesthetic.

Rhinoplasty surgery: stages of the operation

Depending on the case, rhinoplasty surgery, can involve: 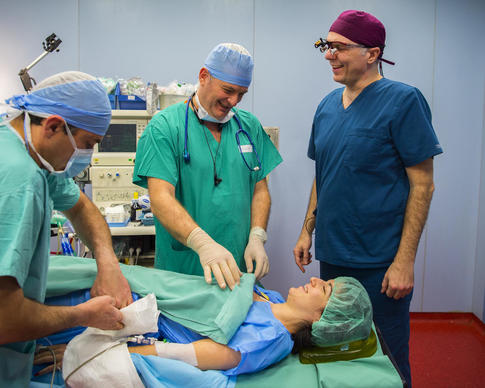 ·       Anaesthetization of the patient

·       Creation of between 1 and 3 small incisions inside both nostrils (which are not visible after the operation). In the case of open rhinoplasty, the incisions are joined together under the tip, with a small incision between the two nostrils.

·       A crooked (deviated) nasal septum can be straightened.

·       If grafts are necessary, they are taken from the septum.

·       The tip of the nose can be reshaped. This might mean making the nose narrower, or straightening it, etc.

·       Some or all of the dimensions of the nose can be increased (for a small nose) using grafts.

·       The patient’s nostrils can be strengthened if they collapse when breathing in sharply.

·       The nasal valve can be widened in the case of a very narrow nose and breathing difficulties.

·       If grafts are necessary, they are taken from the following areas (in this preferred order): septum, other parts of the nose, ears, ribs.

·       The internal incisions are closed with absorbable sutures, while in open plastic surgery three tiny stitches are inserted underneath the nose.

·       No packing is placed inside the nose. A very small amount of ointment is applied inside the nose – avoiding the need to use gauze and cotton wool, which are uncomfortable for the patient, especially during removal.

·       A discreet thermoplastic splint is placed on the bridge of the nose for 6-7 days.

Duration of the surgery

Depending on the circumstances, the duration of a rhinoplasty operation can vary from one or one and a half hours to up to four hours in the case of highly demanding revision surgery.

Can there be any complications during rhinoplasty surgery? Are there potential risks that the patient should be aware of?

Patients can leave the clinic on the afternoon of same day, once the anesthetic has worn off (about six hours after the surgery).

There is no pain at all after rhinoplasty surgery with Dr. Mireas.

Results of the rhinoplasty procedure

The results of a rhinoplasty procedure are permanent. After a correctly performed operation with modern techniques, it will be impossible for the septum to become deviated again, the nose to droop, etc.

The success of a rhinoplasty operation depends on choosing an experienced ENT/Rhinoplasty Surgeon, who, in consultation with the patient, will create a nose that blends in seamlessly with the rest of the face.

Every rhinoplasty surgery aims for perfect results, both aesthetically and functionally. After a correctly performed rhinoplasty, your nose will look great and you will also be able to breathe properly.

FAQ's about the rhinoplasty surgery

Will I have to have gauze or cotton inserted inside my nose after rhinoplasty surgery?

Dr. Mireas follows advanced surgical techniques that allow him to not place gauze or cotton packing inside the nose after rhinoplasty, so there is no need for you to return the next day to have it removed, which is quite an unpleasant experience for the patient.

Should I apply ice packs or cold compresses after rhinoplasty surgery? Will they help?

In the first 2-3 days after the operation you will notice some slight swelling and bruising and your lower eyelids may appear darker than normal. Rest assured that this wears off quickly after the first week. It is a good idea to apply cold compresses around the nose and under the eyes. You can use gauze pads soaked in cold water or ice packs wrapped in a bandage or thin cloth to avoid direct contact with the skin. After the operation, we give our patients special ice bags with a soft velvet-covering for safe and easy application.

I have red liquid coming out of my nose following my rhinoplasty. Should I be worried?

In the first few hours after plastic surgery, your nose will have some discharge which will be transparent, pink or even red. This is completely normal. Over the next few hours, the discharge will become completely transparent. Over the next few days, you may also notice some pieces of tissue coming out of your nose along with the discharge. Don't worry, this is residue from the surgery.

See videos and photographs showing your rhinoplasty procedure step-by-step, from the day of your first visit to the day of the operation and then the postoperative period.

Patients coming to us know exactly what to expect from their rhinoplasty procedure.

·       Dr. George Mireas is an Otorhinolaryngologist (Ear, Nose and Throat Surgeon) specializing in Rhinoplasty and Facial Plastic Surgery. He is an expert in ultrasonic rhinoplasty and has extensive experience in rhinoplasty procedures.

·       A complete and thorough examination takes place before your nasal plastic surgery.

·       The VIP-Rhinoplasty Center is the only place in Greece where you can see what the results of your rhinoplasty will look like in three dimensions with the special Vectra M3 3D plastic surgery imaging system.

·       With our on-line preparation for surgery and our Medical Tourism plan, we serve patients not only from Athens but from the rest of Greece, Cyprus, and other countries.

·       The new Piezo ultrasonic rhinoplasty technique, introduced to Greece by the specialist ENT/Rhinoplasty surgeon Dr. Mireas, enables the surgeon to sculpt the bones without having to break them, and has other advantages too. Postoperative bruising is minimal, and the patient’s recovery is faster and easier. Nasal plastic surgery using the Piezo system is also called Diamond rhinoplasty.

·       There is no pain at all after rhinoplasty surgery with Dr. Mireas.

Read the answers to our patients’ most frequently asked questions and see if they answer your queries:

If you have a question that is not answered here, you can email us at info@vip-rhinoplasty.com or get in touch using the special form on the contact page.

Dr. Mireas will be pleased to answer any questions you may have and will recommend the best course of action for your particular case.

What factors determine the price of rhinoplasty surgery? What is the final cost of a rhinoplasty procedure? How can payment be made?